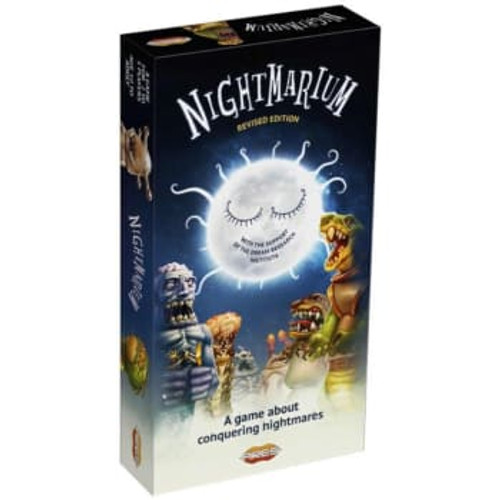 Nightmarium Revised Edition is a fast-playing card game for 2 to 5 players about building nightmares: players combine cards representing body parts to complete surreal creatures and trigger their spine-chilling powers, creating monsters that make opponents gasp in horror. A complete creature is made up of three parts: legs, a torso, and a head. Most cards have a special ability that is activated when the player completes the creature. Nightmarium had its first English edition funded on Kickstarter in 2016, and now arrives in a new and revised edition, published and distributed by Ares, including the expansion “Legions of Horrors.”